Later Consul General also visited Dafu monastery at E-meishan which is one of the largest monasteries in Asia. He exchanged views on bilateral cooperation with Master Yongshou, President of the Buddhism Association of Sichuan and Vice President of the Buddhism Association of China at the Monastery.  The officials from the monastery informed that the Bodhi tree planted in the monastery was brought from Lumbini. The monastery also displayed Thanka paintings and statues from Nepal. Consul General was accompanied by his spouse and the officials from Consulate General and Nepal National Pavilion during his entire visit. 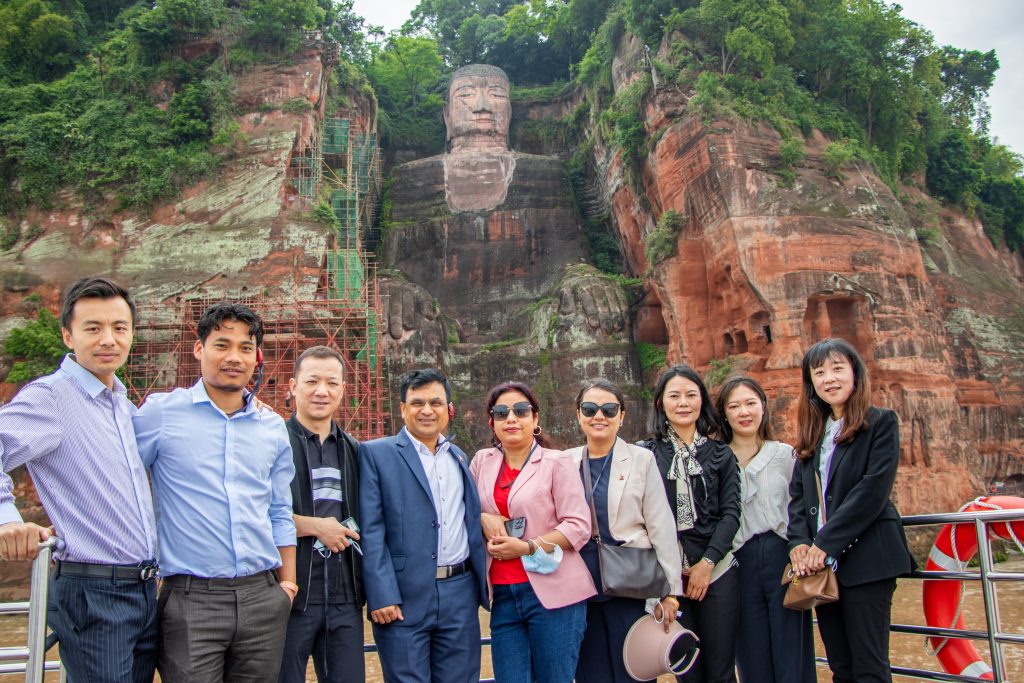 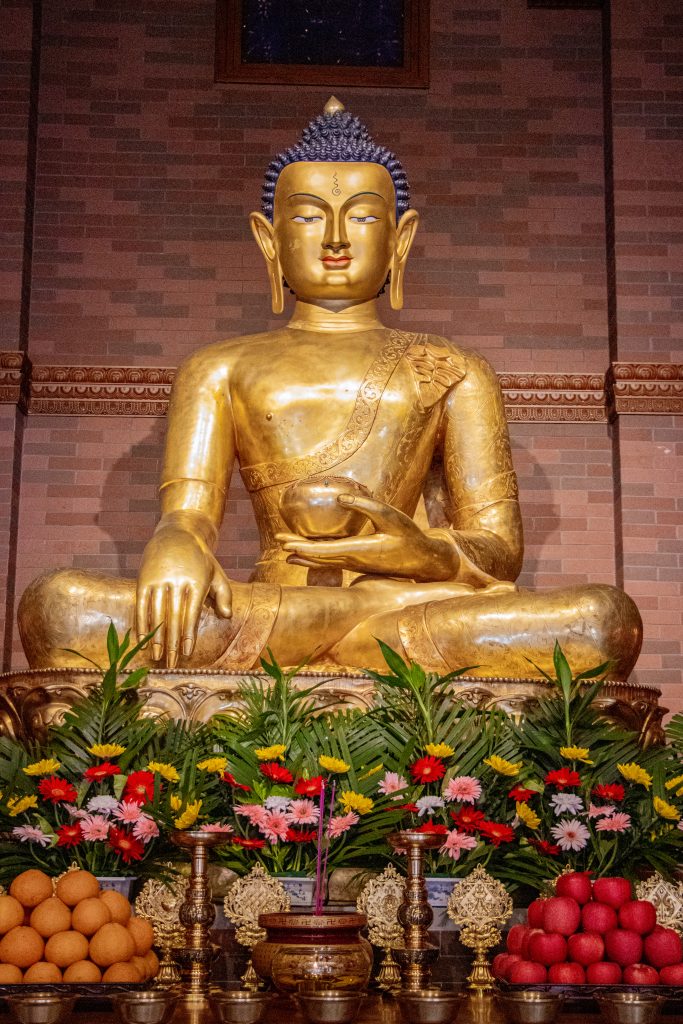 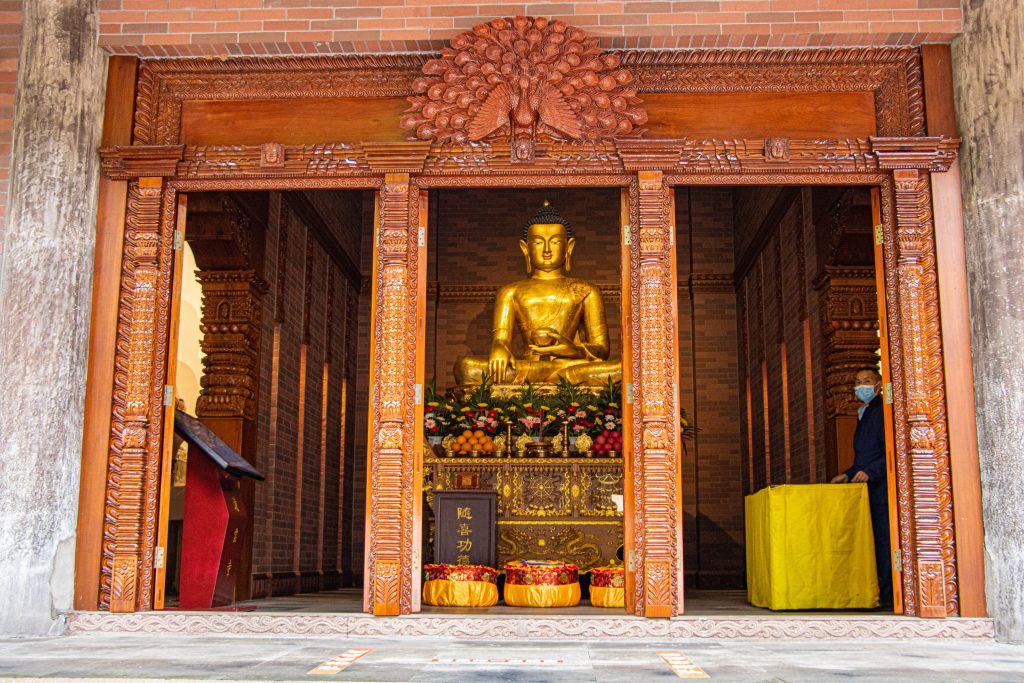 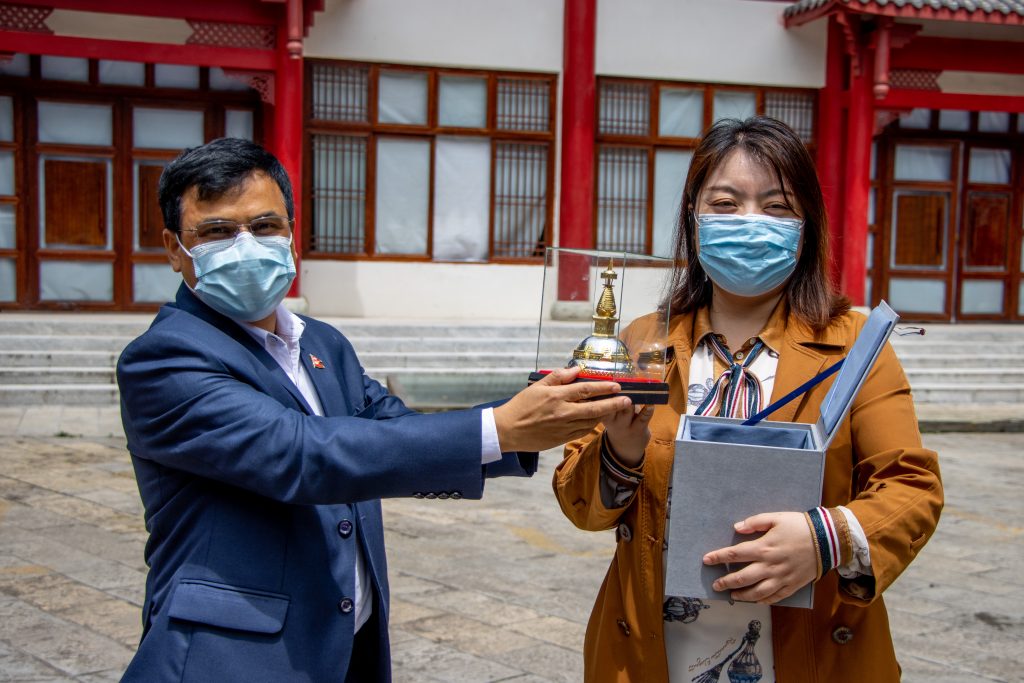 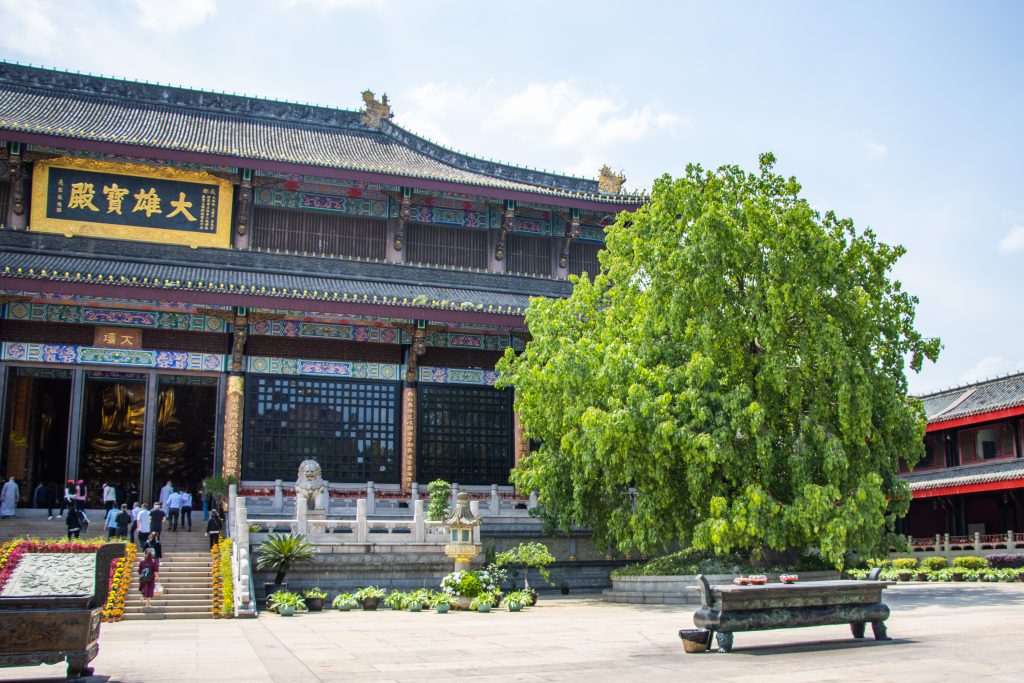 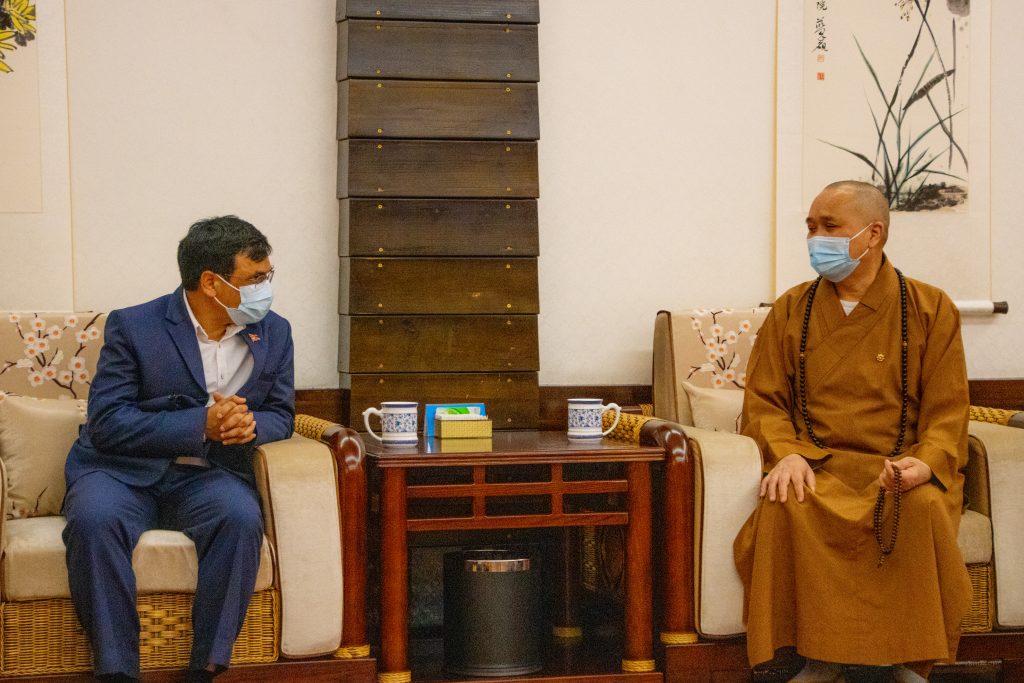 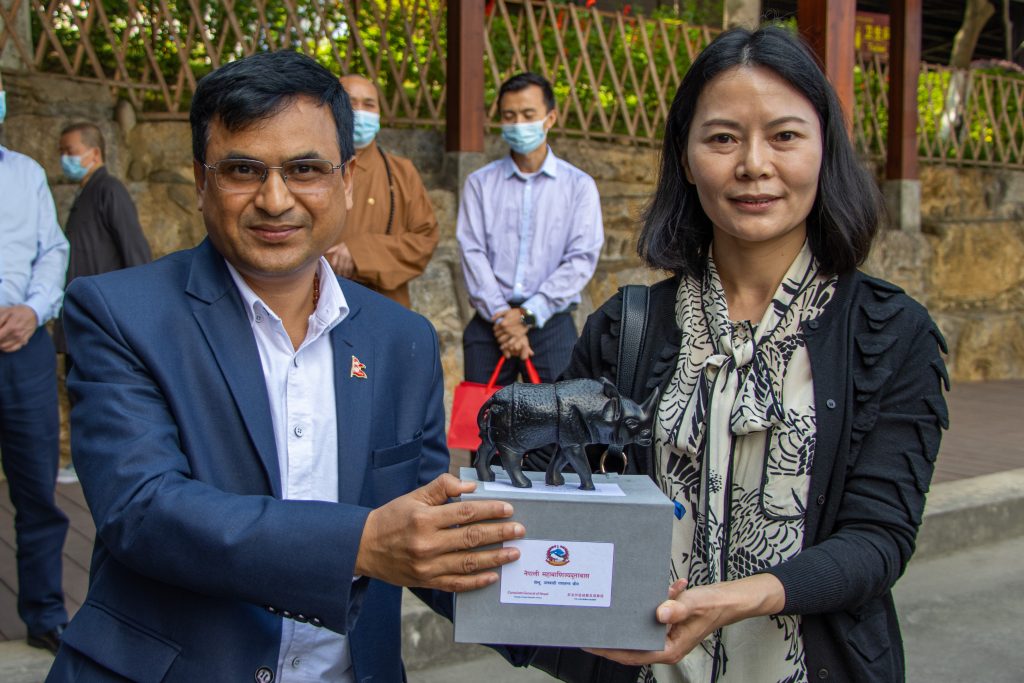